Over the summer, as COVID-19 continued to run rampant through the United States, a majority of non-essential brick-and-mortar businesses closed and many were quarantined into their homes. Because of this, boredom kicked in.

Even though this coronavirus has been nothing short of a tragedy for many, it was a blessing in disguise for some. This includes the tech industry, especially TikTok, a newer short-form video content social media platform that grew faster than Facebook or Instagram in its heyday.

Users can take clips from music, movies, or another user’s recorded audio and essentially lipsync while acting in goofy ways. This later grew into making more and more original content and developing some painfully rich teenagers along the way.

Then the government stepped in. Realizing this rapidly growing platform was built in China, they decided to threaten to ban TikTok in fears of the Chinese illegally surveying Americans using the platform. (If you’ve seen the stuff being created on TikTok, this would come as a shock to you, but it’s the theory the U.S. government is going with for now)

So, of course, just like SnapChat in 2016, Mark Zuckerberg decided if you can’t buy ‘em, steal ‘em. On August 5th, after some testing overseas, Instagram released Reels, arguably an exact copy of TikTok.

Instagram has offered TikTok influencers millions of dollars to migrate over to Reels, which caused TikTok to announce their own fund to keep these influencers on their platform.

While Instagram and TikTok battle over this, e-commerce sellers’ heads are spinning trying to figure out where the hell we go from here.

The Benefits of Instagram Reels Over TikTok for E-Commerce Sellers

The announcement of Instagram Reels may not seem like a big deal right now, but it’s going to be a game-changer for e-commerce sellers.

Because you can’t connect your product catalog to TikTok (yet), that’s why.

We are all familiar with the announcement of Instagram expanding their Shop options for e-commerce sellers. They are doing everything in their power to grab more and more of the e-commerce market. This is becoming a battle of the monsters between Amazon, Shopify, and now Facebook/Instagram.

It is only a matter of time before Instagram flips a switch and now all of its creators have the ability to tag products in their Reels. So, if these Reels get even close to the views and engagement rates they were getting on TikTok, this can severely increase the audience size of most e-commerce sellers and open up a whole new realm of influencer marketing, one where, dare we dream, we can actually track direct ROI from the campaign.

By now, we would assume you’ve spent an obscene amount of advertising dollars on Instagram as well as an absurd amount of time growing your following and learning all of the ins and outs of the platform.

Now, instead of having to fight your way from the bottom of a new platform, Instagram Reels is allowing sellers the opportunity to leverage the existing audience they’ve already built on Instagram and simply add on new types of content into their Instagram Repertoire (someone trademark that). 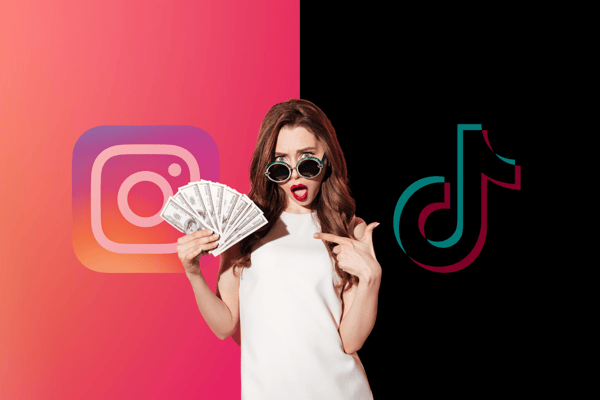 Where Should You Spend Your Ad Dollars Now? Instagram or TikTok?

Many e-commerce sellers may be frustrated right now as they may have spent way more than they are proud of testing and trying to figure out TikTok advertising and how exactly the platform works.

Here are the 3 events that could happen:

In this case, TikTok will be forced to shut down and all of their users may or may not migrate over to Instagram Reels (they probably will).

This is not the end of the world. Currently, Instagram Reels does not have ads running in between pieces of content. However, if we know Zuck like we think we do, it’s only a matter of time. This means everything you learned on TikTok can be replicated over to Instagram. No harm, no foul.

2. TikTok is Allowed to Stay and They Both Battle it Out

SnapChat has survived after Instagram’s blatant copying, why can’t TikTok? Now, once you’ve perfected your advertising campaign on TikTok and it’s giving you the ROI you want, you can simply replicate it and crank that baby up on Instagram Reels (once that option is available).

Then it’s just a matter of tweaking your creative to cater to the audience you’re targeting on that platform. Currently, TikTok caters to the younger market, but does that mean Instagram won’t steal some of that? Or, does that mean only the old people will remain on TikTok? Who knows.

This seems unlikely considering the sheer size of Instagram, but we want to cover all of our bases here. Chances are TikTok will remain, especially if Microsoft acquires them.

If this were to happen, then all of that hard-earned money you spent testing and studying TikTok has paid off and you’ll be rich beyond your wildest dreams (maybe). 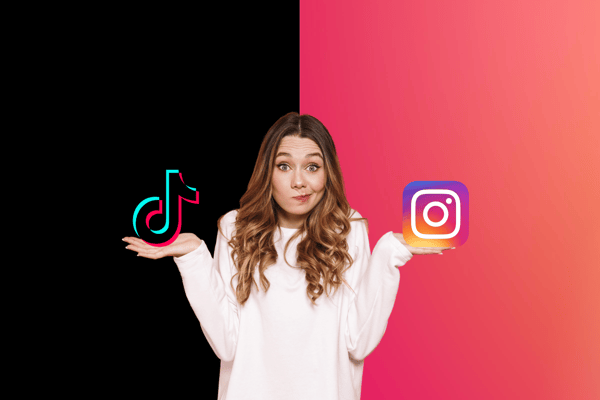 So What Should E-commerce Sellers Do Now?

Wouldn’t that be a hell of a way to end this post?

Investing in being a first-mover is risky but almost always pays itself back in spades. If you’re already on TikTok, stay there, perfect your craft, then come over to Instagram Reels. If you’re not on TikTok, get on Instagram Reels while everyone who has never tried TikTok works to figure it out. You don’t want to join in on this when the content is awesome, you’ll look like a rookie. No one wants that. And keep in mind, this window is closing as TikTokers are going to rub off on Instagram Reelers fast.

We would also suggest, start conversations with influential TikTokers who came over to Instagram Reels. They’re following may be a bit smaller which will allow you to start working with them at a lower rate before their stardom follows them.

While these two tech giants battle out who is going to win this kind of content delivery, e-commerce sellers need to do what we do best, sell product. No matter what happens, this is going to happen on one or both of these platforms. For e-commerce sellers, smart money is on Instagram Reels, but don’t count TikTok out just yet.

At the end of the day, we see Instagram Reels as a potential gold mine and a great place to reach a new audience. As soon as Instagram connects their e-commerce team with their Reels team, you’re going to wish you had perfected the art of Reels and you’ll be kicking yourself for not testing it on TikTok sooner. 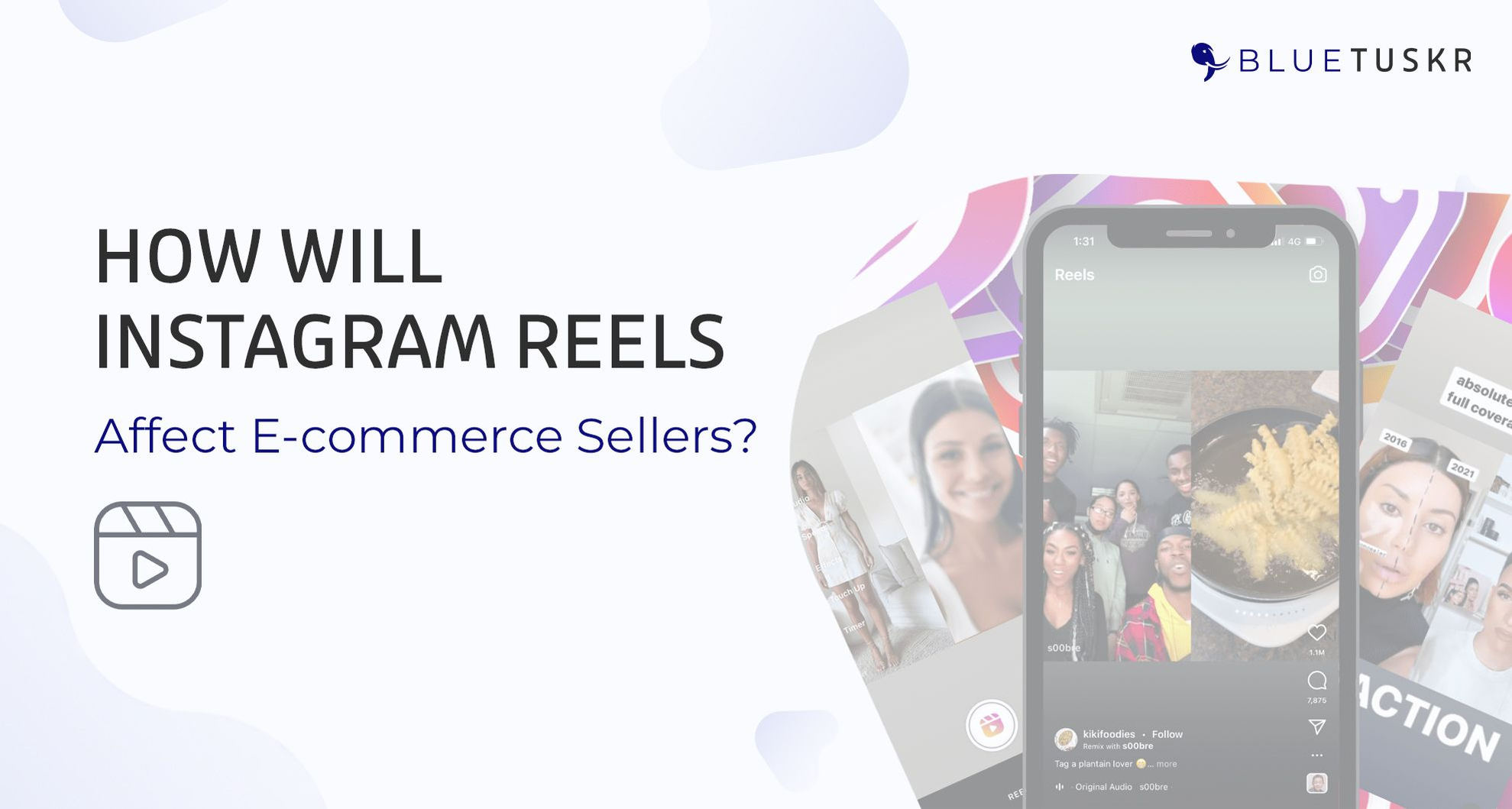