Every Facebook Ad Audience E-commerce Sellers Should be Testing

Hello, and welcome to another Whiteboard Sessions with me Andrew Maff. I'm the founder and CEO of BlueTuskr, a full-service digital marketing company for e-commerce sellers. And today what I'm going to do is I'm going to talk to you about the top 10 Facebook audiences that every e-commerce seller needs to test at any given point in time, especially if you're just starting out and even more so if you've never done them before. 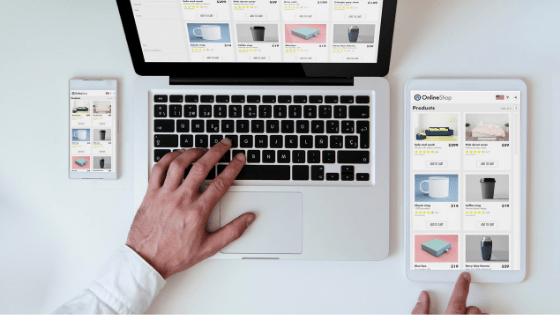 So we start here with website visitors, the next you want to try out a new audience, which is going to be your purchasers. And again, this is going to be over the next 180 day period. So, everyone who's bought from you in the past 180 days, that's what this audience is going to be. 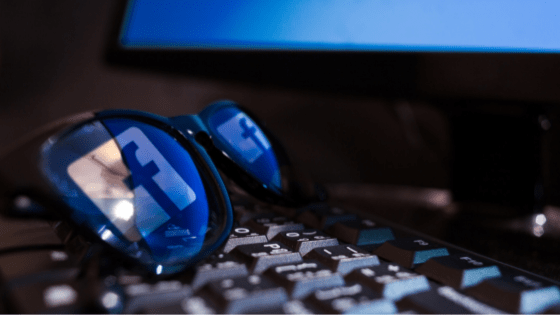 With the iOS changes, if you have an iPhone, and you know, there's a whole thing, which is a different thing. But you can still do 180 days, which I'm not going to get into iOS. Now that's a different video different day.

To recreate this audience here, we'll do the same thing with Instagram, the random one for people who engage with our Instagram account, again over 365 days. And then the next one we're going to do, there are several different options.

So you have a 25%, 50%, 75%, and I believe in 90% of people who have viewed your video, so my preference has been in the 50% range. But this is going to be dependent on basically how long your videos are. Because if your videos aren't long enough, you know, 50% of five-second videos are not very long. But if you were to do 50% of a minute-long video, then that's a different piece of data basically.

I usually start at 50%. And then I might get a little bit more specific and do 75%. Very rarely will we go down and try 25% because sometimes there's just not enough time. But this is everyone who has viewed 50% or more of any video that you've posted, you just have to go in and select all the videos that you want to retarget. And you could get very specific down to a specific video if you wanted to. 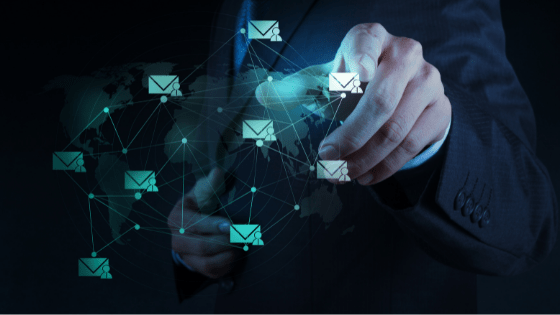 Next, we're going to do our email list. So we're going to provide our entire list to Facebook, and basically say, here's my audience, I want you to find all of them on Facebook so that I can target them, you can also do a value-added one where essentially you can actually break this email list into different segments that also showcase the amount of money that that person has spent and what Facebook can do is start to find your audience that has spent the most amount of money with you.

Next, we're going to do an interesting base. So interest-based has actually gotten a lot bigger and a lot. A lot more people testing this since the iOS change, because essentially, basically in layman's terms, what happened with the iOS change was a lot of the data points that we had are were taken away if someone was using iOS, whereas his interest-based Facebook already has that data and they're getting consistent data all the time about how people are interacting with their site. So they've actually we've actually started to see in many cases not all cases, but interest-based doing pretty well. Breaking down any kind of interest is going to be anyone who's interested in anything at all, as long as Facebook obviously hasn't provided and I'm going to get a little bit deeper into when to use these as well. 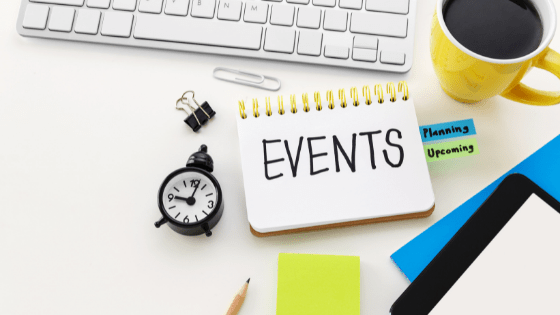 Last but not least is event-based So this will be people who recently had a birthday, who recently traveled who are driving somewhere who had certain politics or something along those lines. I'm sorry, politics is with interest-based, but event-based, so anniversaries, birthdays, things like that, that stuff whenever someone puts their birthday into Facebook, or they say that they engage someone, and now all of a sudden there's an anniversary, all of that data is something that you can target.

So every single one of these, every single one needs to be turned into a lookalike audience, right. So this is where you're going to start doing your prospecting. So all of these audiences right here, all of them, excluding interest base, and excluding event-based, this is all that we refer to as a warm audience, they already know about your brand. So they've already visited your website, they've obviously already purchased from you, they've obviously already visited your website, and minimum, these people have seen your brand and engaged with you, they've seen your videos, and they're obviously on your email list.

So whenever we do a campaign, if we're doing a bit like, Oh, this month, we're doing 20% off the website or something like that. This is the audience we target. Because going after a prospecting audience for a campaign, when you're trying to do a sale can work. And it can do very well to bring in new customers. But it works even better when you're targeting people who are already aware of who you are. So we'll usually start here for those kinds of campaigns. 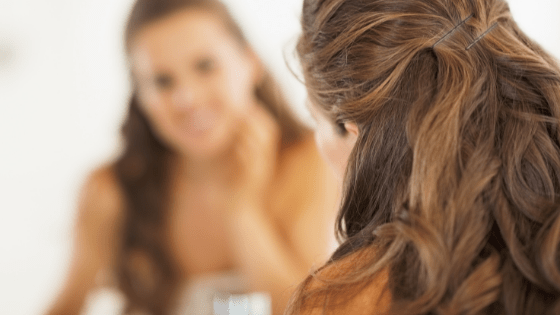 But when we're prospecting, we're going to do is we're going to create a look-alike of every single one of these. And we're going to start with a 1% look alike. And essentially what that means is you're telling Facebook, let's say we create a 1% look-alike of our website visitors over the past 180 days, what's basically gonna happen is we're telling Facebook, here are all of my website visitors over this time period, I want you to take the entire to let's say you're targeting the United States, I want you to take the entire United States and I want you to give me 1% of them that comes closest to them.

So essentially, you're breaking it down into a giant bubble, and Facebook saying, Okay, this percentage of people, this 1% of people is the most like your website visitors, and then we're going to try targeting them. And we're gonna do the same thing with purchasers. And the same thing with add to cart and so on.

So when we first start off prospecting ads, we're going to start with testing 1% of this, 1% of this, and this and this, and this, and we're going to do all of these is one-percenters. Interest base, you can create an audience and try to read a look-alike, but it doesn't always work. And plus, because of the way interest-based works, I don't recommend it. Now, what we do suggest is breaking out your interest. So you might want to do a couple of interests per ad group. But you need to make sure that you're providing Facebook enough data. So that's going to come down to how many people are you targeting, and that's going to be really dependent on what you're looking to do. Usually, at minimum, a couple 100,000 is what you want to go after. But it's typically you want it to be a lot higher.

And obviously, Facebook will tell you their projection of how many people you may be able to reach. Same with event-based. So this one we're not going to do local lights on, but we're going to give these a shot as well. So once we've gone through this whole route, right, so we have 10 different types of audiences. Now we're going to do a 2%. And then we're going to do with 3%. And it goes all the way up to think 10%. To be honest, I don't even know how high it gets anymore, I think it's eight or 10, somewhere in there. Once you get up to like 4%, that audience starts to get really wide, and it's a little bit too broad. And we tend to not see as much success with it, although that's not always the case. But sometimes it can be the case.

So this is basically the giant list of all of the different types of audiences that we're going to test on Facebook at any given time, whether we're starting off a campaign or whether we haven't. So if you're an e-commerce, I highly suggest going this route. And don't forget, you can also get even more granular on that.

So if you're running a campaign for a specific product line, and yet you have multiple product lines, try targeting people who have visited that specific product line and creating a look-alike of that. So maybe you're in let's say jewelry, and you want to do a campaign specifically for necklaces. Create a lookalike audience of website visitors that have visited your other necklace pages, and then create a look-alike of that and target them if you're prospecting them, or separate out everyone who's purchased a necklace and create a look-alike of that. And then that way you can really target your audience and show them an ad creative and copy that's really relevant to them so you can get even more granular Of course this is more on a generally high level. But you can break all of these down.

You can even do videos break it down by 50% of people who have viewed necklace videos that you have. So then that way you know you're targeting people that have an interest in necklaces. Or if you have an email list and you've done gated content and you have some kind of gated content related to necklaces, then you can break out that email list and target just them, or you can shove them all into one group and target them if you don't have enough data.

But there are so many different ways and then just different levers that you can pull for each of these audiences. But on a high level, this is where we start, and then we just start breaking it down to get even more narrow towards exactly who we're targeting. But if you ever have any questions regarding which audiences you should test start here and then get more and more narrow and I promise you you will find an audience that's going to work for you.

That's our list I appreciate you joining if you think I'm missing any on a general side, please comment let me know I'd love to redo the video I'm more than happy to, or if there's a video that you would like me to do based on something else or even based on Facebook ads, make sure to comment and I will be sure to get tackled out as well. Otherwise, per usual rate review, subscribe, all that fun stuff because we come out with these on at least a weekly basis. But either way, I really appreciate y'all joining. I'll see you all next time.