What Should My Advertising Budget Be?

Hello, and welcome to another Whiteboard Sessions with me Andrew Maff. I am the founder and CEO of BlueTuskr, a full-service digital marketing company for e-commerce sellers. And today, I'm finally going to answer the age-old question of what should your e-commerce advertising budget be? But $1? For every time someone asked me this question, I wouldn't need to do these videos. So I'm going to go ahead and answer this question so that we can clear the air once and for all. 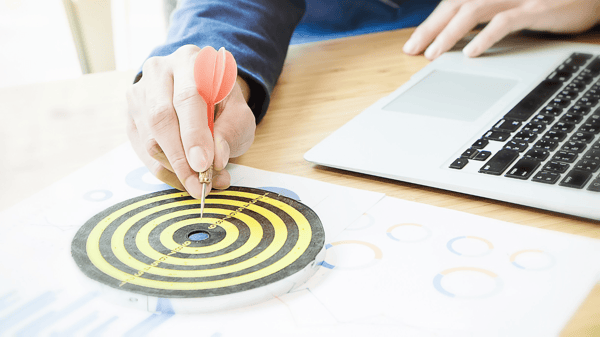 The first thing we're gonna do is we're gonna go on an assumption, the assumption right now is that you well, root causes somebody, let's call this the stereotypical target. Most people target a 3x ROI, most sellers, not everyone does, I'll show you how you can adjust going forward. So if you want to target less, or you want to target more, you can pull your triggers there. But let's do a 3x ROI target, right, that's what we're looking for here. 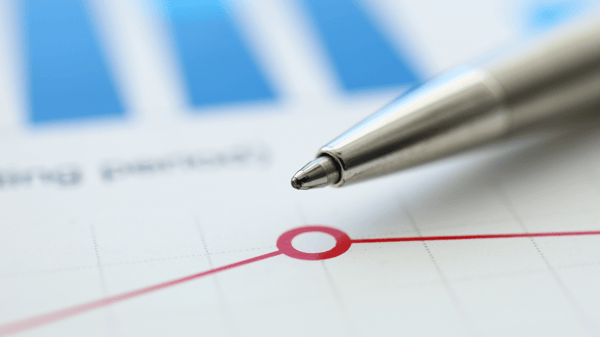 But let's go on the assumption just so that my math doesn't have the complicated that your average cost per click is going to be $1. We have a $1 cost per click. Now we're gonna say whatever your product line is, we say the average order value is $30. Per order. Now, I know obviously, everyone is different. Again, if you plug all this stuff into a spreadsheet, you can adjust it and it'll fill everything out for you. But we're gonna go on this assumption, the average order value is $30.

Now we're going to assume that the lifetime value of the client of the customer or of the consumer, whatever you want to call them, is $90. So we're gonna assume that they shop with you three times at least, lifetime value is a bit of a toss-up on how you want to judge that some sellers look at the literal lifetime of a customer and how many times they shop with them. Sometimes people do it over only a couple of years or over a year really kind of depends on your own model and how you want to do it. 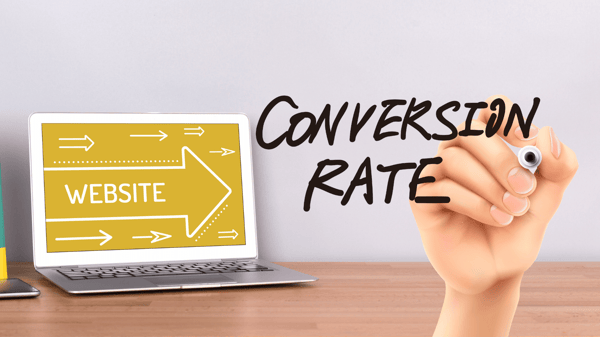 First, what we're going to do is what the conversion rate is for your website. So again, this is completely up in the air, we have some sellers that have you know, anywhere between like an eight to 10% conversion rate, we have others that have like a point five, and that's fantastic for them. So it's kind of like it's up in the air. Rumor is like the theory tends to be around, it's like 2%. So we're just gonna say a 2% conversion rate. And again, just update these with your own numbers in a spreadsheet, and it'll fill itself out so you can get a better understanding.

So now it's going to cost you $2,500 to get 50 conversions so the problem there is if you do the average order value of 30 times 50 conversions, the problem is there, that's only going to get to $1,500 in revenue. So obviously, not our goal, that's only going to give you about a point six ROI, you're not even getting, you're definitely not profitable, you are losing money hard, even on the top line, we're not even including the cost of goods here. So not good, right. So that's going to give you $1,500 in revenue, here's the thing to consider. Some sellers consider this some not. Very high level, this is a crap return.

However, if you factor in your lifetime value, and you can actually know this number, as long as the campaign that you're looking at, and that you're referring to is all net new customers. So it's all prospecting, it's all top of funnel stuff. This is actually a point six ROI on this order. However, it's $ 4,500-lifetime value revenue. So at $4,500, you've now profited $2,000, on the cost that you spent, or lifetime value, still not your 3x ROI. So we're still not happy with this result. I'm very aware of that. But it is something to consider if you know your LTV.

So now you're looking at more of a customer acquisition cost than you are like an immediate ROI on just one order. Most sellers don't like to do that they really like to be profitable on the first order, right. So maybe you want to just target like a 1x ROI, to be willing to give up like a Swiss, especially if you have like a subscription service, where maybe you're willing to sacrifice the first month of the subscription, because you know that you're just going to be pure, purely profitable after that, excluding, you know, the standard cost of goods and stuff like that.

But now, let's say though, that you're not doing that. And you don't want to include LTV, here are the different things that you can change, right? average order value $30, if you can get that to go up, and you have different upsells. Or maybe you have bundles or something like that, this will immediately start to look better as your revenue is going to go up because you're getting more per order. That is one way to affect your ROI.

Focus on Your Conversion Rate

Another way to do it is to focus on your conversion rate. So in the beginning, if you notice, I said 2% conversion rate on your website, you're gonna have a different conversion rate on every different channel, your Facebook might convert at a 5%, Google make converted at 10%. So they're completely different. So in which case, you're going to almost want to target a different ROI on each channel. There are also attribution issues where if someone sees your ad on Facebook and then goes to Google and Google's you and clicks on your ad, they both take credit like that's where things get kind of messy.

So I'm not really a fan of that I tried to target one specific ROI across all channels. Either way, you can do it however you want. So the best thing to look at though, is and usually the easiest thing that you can kind of push and pull is your conversion rate. The conversion rate on your website, you think you have emails that are going in, you have people that are just kind of window shopping, you have SEO things that you're doing where you're just getting people in on blogs, and you're kind of retargeting them.

So that's typically why you'll see a lower conversion rate, whereas, in Google, it's typically more of a middle-of-funnel kind of approach because they're actively searching for a solution. So if you actually look at improving this closer to, let's say, a 10% conversion rate, if I'm using Google as an example, you adjust your audience targeting you make sure that you're honing in on keywords you're going after, or if you're talking about Facebook, you're you know, targeting all of your different audiences separately, you're making creatives specific for them copy specifically for them, you're following all best practices, that's a different video. We'll do that another time.

But if you can get a 10% conversion rate, now you're looking at only needing 500 clicks here. Right, so in 500 clicks, we've now only spent $500 based on that average cost per click that we're kind of assuming here, and that will immediately give us our same revenue with our same lifetime value at a significantly lower number, which is now our 3x ROI. This is how you figure out your advertising budget.

The reason that so many people don't really want to answer that question is that they want to be held liable to tell you this is how much you spend versus what you really should be spending. The other side of that too is, you can always adjust your average order value by doing different features on your site, you can always focus on your conversion rate. The other thing that's not mentioned in any of this as your click-through rate is obviously is the impression source of your clicks.

So if you start to hone in on your audience, your click-through rate goes up, hypothetically, your conversion rate should go up unless there's an issue on your site, in which case now you can kind of pick and choose which things you want to test on your site. But at the end of the day, if you plug all of this into a spreadsheet, all you need to know is your cost per click your average order value, and your conversion rate. And then if you just kind of assume that you need to get 50 conversions on a high end, you should be able to figure this out with no problem.

If you're looking to make sure that you're focusing on customer acquisition costs, and not necessarily just that first order, and then you definitely want to know your LTV as well. Otherwise, my highest suggestion, plug all this into a spreadsheet, keep it updated with what your current cost per click is that what your average order value is and what your current conversion rate is per channel, and you'll know exactly what your budget should be, which means you should be able to actually project how much budget you need to have as long as these numbers maintain. That is exactly how you figure out your paid advertising budget for any kind of your e-commerce. Paid advertising campaigns.

Make sure you rate review subscribe, all that fun stuff. We do these videos every Monday if there's anything you agree with disagree with make sure you comment below and I will obviously make sure to reach out and let you know whether I should update this video or not. And if there's anything else you guys want us to cover, make sure you comment, let us know please make sure to subscribe to the channel so you don't miss any videos that come out every Monday and I will see you all next week.

How to do DropShipping Correctly